Beatriz Preciado’s Contra-sexual Manifesto has become a cult performative text for queer, transgender and cripple cultures in Europe. It was originally written in English and Spanish and first published in France in 2000.  This is the first publication of any portion of the manifesto in English.

I recognize my body and all living bodies as speaking bodies and I fully consent to never enter into a naturalized sexual relationship with them, and to never have sex with them outside of temporal and consensual contra-sexual contracts.

I declare myself as a hole and as a worker of the asshole.

I resign all legal kinship (both parental and marital) that has been assigned to me within the heterosexual regime, as well as all privileges and obligations derived from them.

I resign all property rights over my sexual fluids and cells and over the production of my uterus. I recognize the right to use my reproductive cells only within the framework of a consensual contra-sexual contract. I resign all property rights over the body or bodies produced within the context of a contra-sexual reproductive practice. Dildotectonics locates gender and sexual technologies of resistance. It studies their functioning, the ways in which they interrupt the flow of production of body-pleasure-capital not only within heterosexual but also within queer cultures. 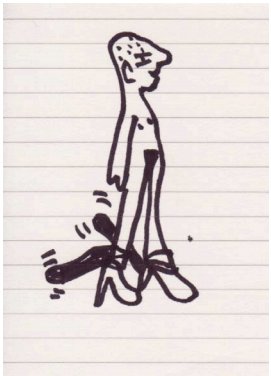 Number of Bodies (or Speaking Subjects) who take part in the practice: 1

Optional material: a violin (or an approximate imitation of this instrument)

Within the heterosexual and capitalist regime, the body functions as a total-prosthesis working at the service of sexual reproduction and the production of genital pleasure. The body is organized around a single somato-semantic signifier that must be mechanically excited over and over and again. This definition of sexual activity, both heterosexual and homosexual, is deathly and death driven.

The aim of this contra-sexual practice is to modify the ordinary uses of the sexual body, subverting theirbiopolitical reactions. This exercise is based on the practice of grafting new meanings onto certain body parts (in this case, a forearm) using the operation of dildotectonic inversion (a reaction causing a change from one biopolitical configuration of the body into another, opening the possibility of new uses of the self) and investment (the action of investing a surplus of energy or political meaning onto an organ).

The double term inversion/investment refers to an operation of textual-prosthetic citation that overturns the hegemonic syntagm of the heterosexual regime. First, drawing from an economic term, investment refers to the action of supplying a surplus of energy or biopolitical meaning onto an organ expecting the production of a counter-benefit. It is a practice of sharing bodily energy and biopolitical meaning within time. Thus, the individual body is no longer private property but shared. Second, to invest implies to endow a certain body part with new performative force, conferring authority to do something else, or to produce otherwise. Third, the invested organ is physically covered, redesigned. Inversion means not only physical reversal, but also the reaction causing a change from one biopolitical configuration of the body into another, opening the possibility of new uses of the self. This operation of citation displaces the performative force of the heterosexual code to invert/invest the body, causing a per-version, a dislocation of the effects of sexual activity.

Description of the practice 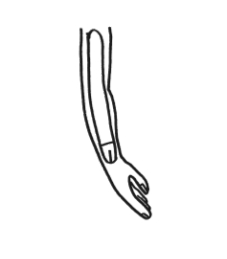 A speaking body holds a (true or fake) violin between its jaw and its left shoulder. The left hand touches the cords with precision. The right hand agitates the arc with energy. The eyes look to the left arm as if the score was written onto the skin.

As in the previous practice, the total time must be controlled using a chronometer that indicates, arbitrarily, the moment of pleasure and the orgasmic climax. Orgasm must be simulated during ten seconds. After that, breathing becomes calmer and deeper and the arms and the head are totally relaxed. 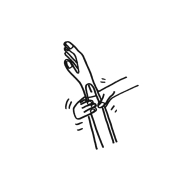 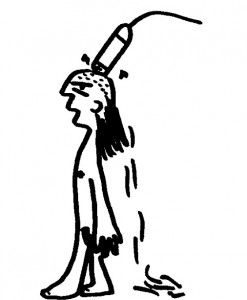 Number of Bodies (or Speaking Subjects) who take part in the practice: 3

Description of the practice 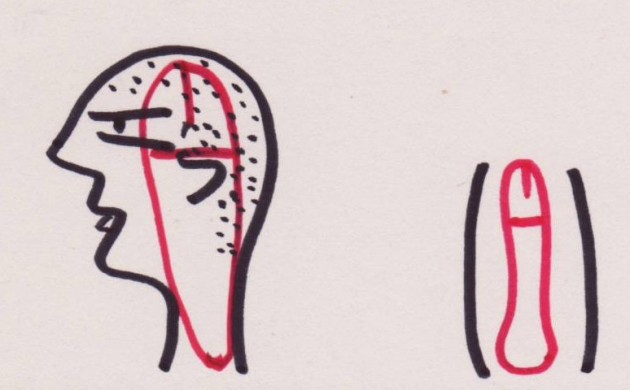 First, two of the bodies shave the other’s head. The operation of somatic translation is performed through the citation of the “dildo” on the surface of the shaved head, drawing a dildo-sign on the skin with a red marker. The body situated at the citation position takes 75 ml of red colored water into its mouth. It stands up between the other two bodies. The working bodies will rub the dildo-head rhythmically sliding their hands up and down. Every 40 seconds, the dildo-head will spit red water, looking at the sky. During 2 minutes, it will have ejected water 3 times. Immediately after the third ejaculation, the body placed at the citation position will utter a piercing cry simulating a vehement orgasm. 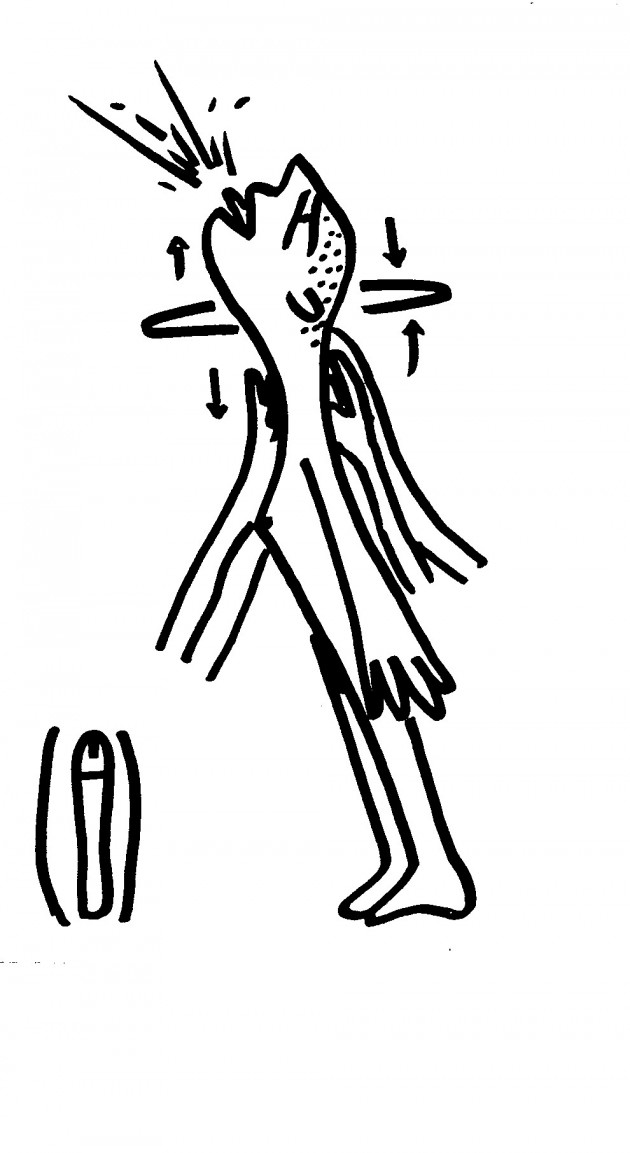